Will TCU Get Whipsawed When the Conferences Realign?

Share All sharing options for: Will TCU Get Whipsawed When the Conferences Realign?

Will TCU Get Whipsawed When the Dominoes Fall…. 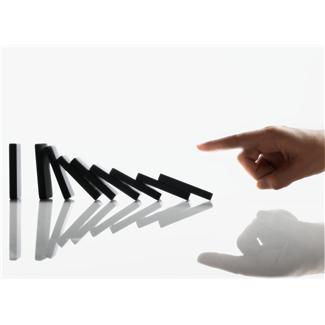 This week’s Sports Illustrated describes Texas A&M’s departure from the Big 12 as inevitable. Monday’s USA Today described Texas A&M’s defection to the SEC as imminent. Today, Today, A&M’s letter has reportedly hit the desk of the Big 12 Commissioner advising they are going to seek to play in another conference (thereby giving the SEC the argument they need to avoid a Tortious Interference with Contracts claim. A&M is one step closer to departure, and it is now not a matter of "whether," but "when." I have accepted it. To the extent you care, you should accept it.

The SEC will not remain at 13. It is unlucky and aside from that, it is a prime number. So, if you accept the premise that Texas A&M is gone, then that means only one thing . . . the SEC will look to acquire another team . . . or three.

Before you jump to the conclusion that it may be TCU, fear not, I will neither advocate for that, nor do I want that. It’s fallacy. I’m not personal friends with Mike Slive, and I don’t sit on the board of trustees for TCU. But, a lot of this is simply logic. So, let’s take a walk through the options and see what makes the most sense…

Stop #1 on SEC’s recruiting list will be to jump to 16 and go after , , and . I don’t believe has any interest in going to the SEC. Right or wrong, does not believe it is a cultural fit with the SEC. Secondly, if Texas A&M finally moves out of the shadow of it’s big brother in Austin, I think Texas will seize the opportunity to shed itself of the political responsibilities heaped upon it all these years (i.e., to look after its fellow state institutions, or at least those that made the “cut list” when the Southwest Conference broke up). So, isn’t going to go to the SEC, whether it’s with or without OU and OSU.

Stop #2, or . That won’t work either. As strange as it sounds, and are more aligned and more attached at the hip than and Texas A&M ever were. They are the perfect rivals (and frankly, both would probably be happier in the Pac12 or the Big 16). To be sure, the rivalry is spirited, but it is a healthy rivalry. and are committed to each other, and OSU isn’t going to leave OU’s side either (at least I find that highly doubtful).

Other schools (including TCU)? Why would the SEC want them? What do they gain? Texas A&M gives them the major Texas TV markets and the platform to argue the same with ESPN, etc. Houston doesn’t add to the equation (they have a winning program and they still struggle with fan support), nor does TCU (not enough alumni and they are relatively new to the non-alumni cult following that the more traditional schools have), or Baylor (they suffer from all the problems TCU has . . . oh, and they don’t have a winning program), or Texas Tech (have you checked the population/density data for west Texas lately?). None of them gives the SEC any more than A&M does alone.

Plus, it forces the SEC to be unnaturally skewed to the west, where the most eastern western teams will be and . and won’t want to go to the SEC East. So, the SEC will keep its eyes looking East for the 14th team, or 14th and 16th teams. What that means is, they may consider a Texas Tech as a 15th team if it is part of some package deal, but it will be merely to balance things out. I have nothing against he Red Raiders, but in Superconference land, it’s all about TV territory.

So, let’s look East. The three schools being bandied about are: , Clemson, or (I realize that isn’t terribly east, but is right there and Mizzou would be more amenable to a strange fit geographically just to get in). Here is my down and dirty east coast insight: is actually interested in titles, and their opportunities for that are far greater in a weakened ACC than it is in the SEC. Plus, the SEC already has the market thanks to, well, . I don’t think jumps to the SEC unless they get nervous about the stability of the ACC.

The ACC is a mess in football lately. They can’t win bowl games. Several schools find themselves in some NCAA hot water (which is a tad unusual for ACC schools). But, it is a very stable conference. The nucleus is the North Carolina Schools -- Tobacco Road (UNC, NCSt, Wake, and Duke). But , , , and Georgia Tech are all long time members and culturally, the schools are all a fit. Speaking of cultural fits, Virginia Tech and are also equally similar, and Virginia Tech wouldn’t dare jump after the stink it made to finally be tethered with the Cavaliers. is not in a position to bargain with anyone. That leaves . Again, I think they care too much about championships. I think they stand pat.

So… where does that leave the SEC to balance out this whole Texas A&M acquisition? I think that is, ultimately, the SEC’s hesitation. It isn’t that they don’t want to get into the market, but they don’t want to pay twice to get there unless they get the ultimate market share . . . the Longhorns. Outside of the Horns, their options for a suitable sister school in that meets their criteria (and forces and to admit they are “eastern” schools) are limited.

Suppose is not the answer? Where else does the SEC look? You guessed it . . . the ever picked over Big East. That would likely be Pitt, or, if they can stomach the paltry TV market (less than a million for the entire state), the more logical fit would be . Now, if that happens, are we sure TCU is in any better position with respect to Automatic BCS bids than they are currently? I wager if West Virginia goes to the SEC, the ONLY way the Big East keeps their automatic bid is because TCU will be there (with it’s win/loss record). And if the SEC targets , Pitt, and (and all three of those schools, together with A&M makes a lot of sense) that would deplete the “decent” teams in the Big East even further. How ironic….

Let’s take this one step further…

Suppose , OU, OSU (and name another, possibly Texas Tech) take off to the Pac12 or the now erroneously named Big 10 (who’s new logo already looks eerily like the Big 16). What occurs then? Well, the Big 12 potentially implodes. Who is left standing? The Mountain West (unless the Big 12 raids the Mountain West instead). The Mountain West is already in acquisition mode for survival. … If the Mountain West devours the rest of the Big 12 carcass, I would see them gobbling up , , Tech (or Baylor if Texas Tech can attach itself to ), (depending upon what happens with them in the SEC).

So, now, let’s look at these conferences for 2012 and see how they stack up

Big East (with the loss of West Va to the SEC, but adding TCU)

Mountain West after providing a haven for former Big 12 schools

San Diego State (who is much improved in football)

I don’t know about you, but if there is only one BCS auto-birth permitted (because the SEC or Pac16 convinces the NCAA to give them two), which one would you give it to?

As soon as you say, "that will never happen," it will.