Suspect Secondary is Tried and Convicted

Share All sharing options for: Suspect Secondary is Tried and Convicted 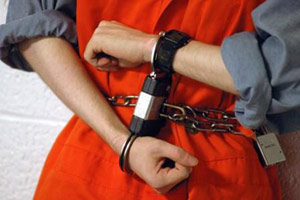 Prediction – TCU won’t lead the NCAA in defense for four straight years. Questions about the replacements in the secondary have been answered. Underneath coverage is serviceable, but when you get behind the linebackers and well into the secondary, TCU doesn't appear to have the speed to lock onto receivers and shut them down in man-to-man coverage. exploited the separation all night long. The patterns didn’t appear to be overly complex. Simply fly, post, and flag patterns with well timed balls spelled disaster. It is evidence that a fundamental breakdown in one aspect of the game can spell disaster for the entire team.

I can’t say the secondary is completely blameless. Let’s give Baylor some credit. Baylor is fast, puts a lot of pressure on the entire defense, and Baylor’s running game was serviceable. I’m not sure I completely agree with the announcers that it was Baylor’s vaulted running game that opened up the passing. I suppose it’s possible that Patterson’s respect for and Baylor’s running game left him with no choice but to continue with man-to-man coverage on the corners, but I submit it has more to do with the fact that TCU has been manning up on defense for years, and it has been successful at it. Adjustments are going to be made (and they made them in the game), but the simplest adjustment may have to be a cover 2, or to devote a free safety to play center field. In short, the corners need help.

Also, had all night to throw. I’m not just looking at the sack total. Just as important as the sack total is the number of times a quarterback is hurried. was rarely hurried. When the call was to throw downfield, Baylor’s offensive line created a nice pocket for him. Perhaps Patterson was calling for containment, but if not, TCU will have to devote resources to getting to the quarterback. So, that’s devoting resources to (1) coverage support, and (2) rushing the quarterback. That’s troubling. You can’t do both.

What are the positive takeaways from the game? Well, when the offense scores 48 points, I would say that’s a positive and should always result in a win. TCU’s offense appears balanced. Pachall doesn’t have ’s accuracy, but I’m not sure there are any more than a handful of quarterbacks in college or in the pros that do. TCU fans think highly of , and I predict within a few years, everyone will. There is going to be some drop-off in production, accuracy, and field presence when you lose a 4 year starter who EARNS his starting job in the NFL as a rookie. That’s to be expected. Did Pachall live up to his billing and deliver commensurate with his experience? I would say he exceeded expectations. He was tough, determined, and the team responded to him.

He didn’t do it alone. The runners ran hard, the receivers played a good game, and the refurbished offensive line played well enough to get the job done. Patterson had the right strategy on offense. Even the seemingly low production second and third quarters were not as bad as they may seem if you take into account the couple of drives that resulted in missed field goals from makeable distances. TCU moved the ball all night. On a hot night in , believing they were better conditioned, Patterson’s strategy was the right one: perimeter running and spreading the ball around the field passing. TCU's sudden production in the 4th quarter was a combination of TCU's determination to win and Baylor's exhausted defense.

The question I have before declaring the strength of this year’s TCU team as the offense is, Baylor’s defense, unlike TCU’s defense, is still just . . . suspect.

The real strength of this team, and what will keep them in games and, I predict, win plenty of the rest, is the one strength that can never be underestimated. They abhor losing. They expect to win. Their spinal fluid is saturated with "we’re supposed to win." So they will win. That’s football.