For reasons I won't get into, I've spent more time in front of a microfilm machine than anyone ever should. While trudging through day after day of old newspapers is a soul crushing task, you can find some pretty cool stuff. 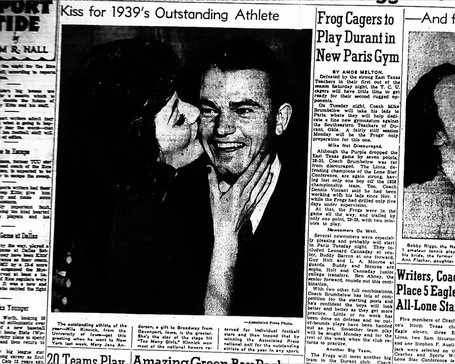 (In regards to the article on the right, even at 5 on 1, my money is on Kevin Durant.)

There are plenty of examples of college football greats that went on to serve America abroad and make the ultimate sacrifice. However, when we think of college football and law enforcement, the immediate, and obvious, examples are negative. The only positive example I could think of is former ATF agent Jay Dobyns AKA that Arizona player you've probably seen in some History Channel documentary about the Hell's Angels.

Well, it turns out Dobyns isn't alone on that list, and is actually in the company of a TCU legend. 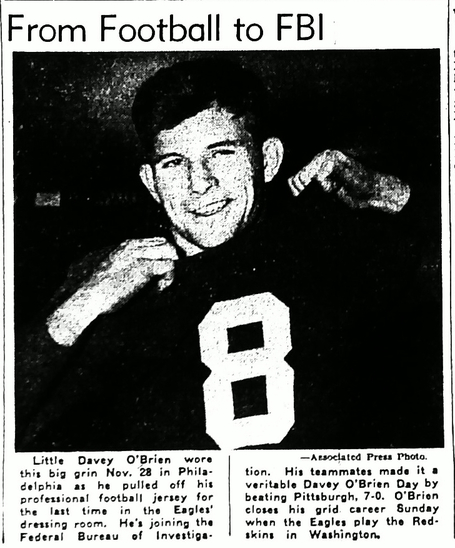