There’s Only One Thing Left to Do

Share All sharing options for: There’s Only One Thing Left to Do 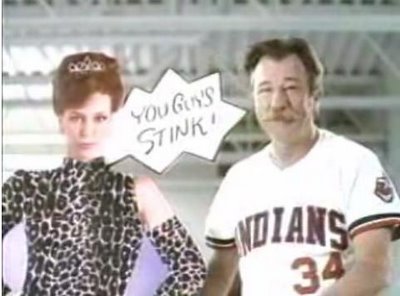 If you are a TCU fan you have heard the smack talk from opposing fans that goes something like…TCU can’t even fill its own stadium, TCU uses opposing fans to fill Among G. Carter, TCU will never go to a BCS bowl, TCU wouldn’t survive being in a "real" conference…I could go on and on.

With The Carter officially selling out today, and TCU setting a new record of 30,000 season tickets sold, the haters are running out of ammunition. Opposing fans said "TCU couldn’t sell out its stadium" and Frog fans packed it for Texas Tech, Baylor, and Utah. Then it was, "oh, but you can’t do that consistently," and Frog fans sold out The Carter in 10 of the last 14 games. Today is a great day for TCU fans everywhere. No longer can the rednecks in Lubbock or the clowns in Waco spew their same tired, old, nonsense. Selling out the new stadium before TCU is even officially in the Big 12 shows how incredibly fired up the TCU community and city of Ft. Worth are about the Frogs.

TCU has three straight Mountain West Conference titles, back-to-back BCS games, a Rose Bowl win, and now a sold out stadium. There is really only one thing left to do and that is to win the whole f’ing thing! TCU is embarking on a new journey and I have no doubt that Big 12 titles and National Championships will be flooding into Ft. Worth before too long. The haters better get their shots in now, because your ammunition is running low.