Athlon sports are out with their 2012 TCU Season Preview. The Horned Frogs are #22 in their preseason poll. There are lots of goodies here to look at, so lets dive in! (There is much, much more to be found by clicking each link!)

As a redshirt freshman last season, Anderson saw action in all 13 games and made his first career start at Wyoming. Anderson finished the 2011 season seventh on the team with 49 tackles, 35 of them solo, and also added an interception, forced fumble and fumble recovery. His 49 tackles were the most by a TCU freshman since two linebackers led the team in 2005.

Offensive MVP: Casey Pachall, QB
Pachall showed last season he was capable of taking the reigns from Andy Dalton, who now quarterbacks the Cincinnati Bengals in the NFL. In his first year as the starter, Pachall broke Dalton’s single-season records for completions, completion percentage and yards passing in leading the Horned Frogs to 11 victories and a win in the Poinsettia Bowl. 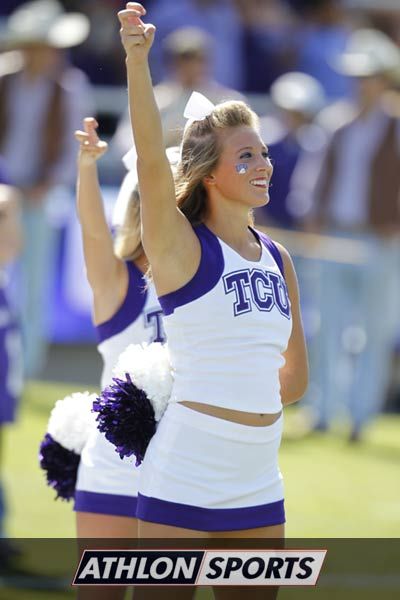 Star TCU running back LaDainian Tomlinson became the first runner in I-A history to top the 400-yard mark when he rushed for 406 yards and six touchdowns against UTEP. The record still stands.

TCU’s goals in its first season in the Big 12 should be to break even in conference play and to impress the home crowd. As successful as TCU was in the Mountain West and on the national stage when the opportunity was there, the Horned Frogs are probably looking at so-so season as a Big 12 team.