Out of necessity, time is right for young players at TCU | Dallas-Fort Worth Sports News - Sp...
TCU football coach Gary Patterson surveyed the front six of his defense Monday and noticed something that would give most coaches the chills. True freshmen filled most of the spots on the line and at linebacker for the first and second units. 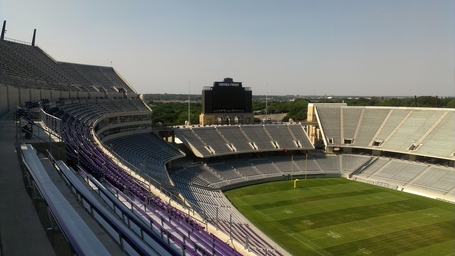 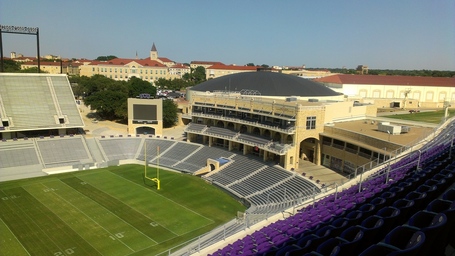 TCU finally in Big 12, where Frogs wanted to be | Sports | Star-Telegram.com
After a conference-hopping journey that included two BCS games and three different league titles, TCU is finally where it always wanted to be. The Horned Frogs are in the Big 12, the league they were left out of when the Southwest Conference broke up in the mid-1990s. Now comes the real challenge.

Big 12 position rankings: Running back - Dallas Colleges Blog - ESPN Dallas
4. Waymon James, TCU: James averaged a silly 7.23 yards per carry last season, leading TCU's trio of backs in rushing, though all three had between 120 and 123 carries (seriously). Ed Wesley is gone, and James' yards per carry average will drop as he faces tougher defenses this season, but he's still a big talent.

Cole Ready For Life In The Big 12 Conference - TCU Horned Frogs Official Athletic Site
Heading into her freshman season at TCU, Kamy Cole will begin a new chapter in her young life. The Brock native recently sat down with GoFrogs.com to share her thoughts on how her first summer in Fort Worth has gone and much more.