The New TCU Uniforms Are The Worst

Seriously, what's up with all the red, Nike?

Share All sharing options for: The New TCU Uniforms Are The Worst

If you know me personally, I've thought all the new helmets and jerseys Nike has rolled out for the Horned Frogs over the past few years were pretty cool.

The ice helmets, the black with the bloodlines, and especially the so-clean-you-could-eat-off-it purple chromes from last year. Yes, I was cool with the small addition of red to the helmet for it's dual representation of the players that came before, and the red that horned frogs shoot out of their eyes.

However, the newest addition? Gross.

Shattered glass pattern? Weird. I don't like the concept of a pattern that isn't scales. Scales are, at least, somewhat representative of our mascot.

But let's go through the pieces of the uniform one by one, so I can sufficiently criticize each of them, and assign them each a hip Nike slogan. 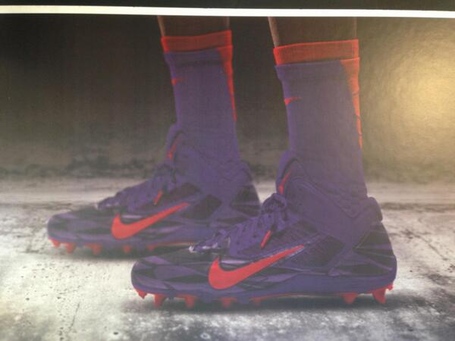 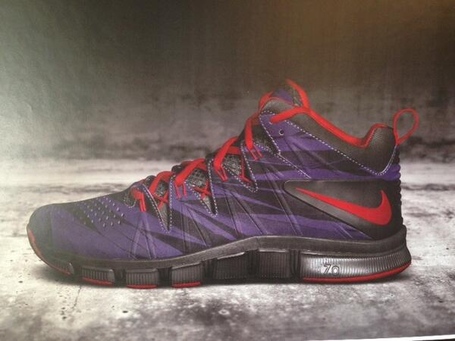 LOOK AT ALL THE RED. AND THE GLASSYNESS.

So what's up with red being a seemingly primary color in our scheme now? Too much, man. I hate to sound like a traditionalist, but just white and purple (and black) is fine with me. 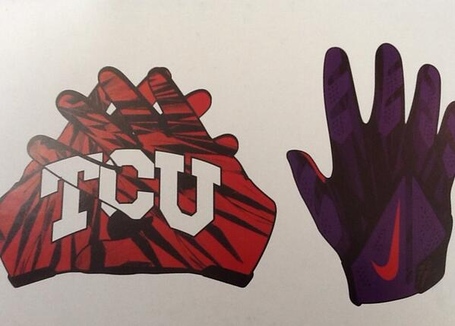 When I saw these gloves, I imagined some hapless Nike employee accidentally sitting on a giant "RED PAINT" button during the coloring process. I'd like to think he was immediately fired.

The back of the glove looks cool, I'll give it that, but the inside looks like someone who has been playing in a crime scene. Or they murdered a zebra or something.

NIKE SLOGAN: "Red makes the ball stick to you, fella." 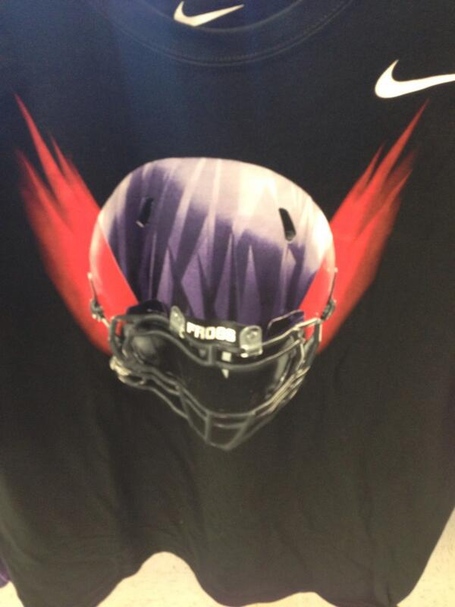 I'd like to admit something to ya'll at this point. When I first saw the picture of the helmet, I didn't realize it was on a t-shirt, and slightly wrinkled.

I was immediately indignant. HOW ARE OUR GUYS SUPPOSED TO GET THEIR HEADS IN THERE. Once Patrick pried the baseball bat out of my hand and talked me down, I took a closer look.

And then I puked.

At least, in the case of the helmet, the red seems to be just there for show (on the shirt). If there are actually two giant red flaps on this helmet for "speed effect" I...

The shattered glass pattern looks less offensive on the helmet than it does anywhere else, but I still think it looks stupid. So there.

NIKE SLOGAN: "Shattered glass helmets make the other team jealous so they just give you the ball and let you score touchdowns and stuff."

Obviously the actual shattered glass jersey monstrosity hasn't released yet. But it will, and when it does, I'll be there.

To light it on fire.