On the depth chart, released to the media today, previously suspended defensive end Devonte Fields is listed as an "OR" at the right defensive end spot with Matt Anderson, indicating either could start Saturday night. It also indicated both, hypothetically, will play.

Update: Stefan Stevenson reports Gary Patterson said tonight that Fields "is still suspended." Why he is on the depth chart is an unknown question that will get answered in tomorrows press availability.

Then there was a chance he could play.

The he wasn't going to play.

Now, he is on the depth chart listed as an alternate starter vs. LSU. 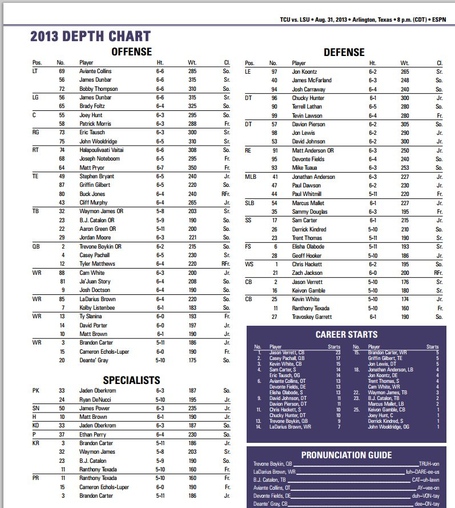 At this point, we still don't know what to think... But, if he was suspended, he wouldn't be on the depth chart, right?