Did Gary Patterson Open A Door For Devonte Fields To Play vs. LSU?

After practice tonight, reporters had a chance to interview Gary Patterson, and one of his answers regarding Devonte Fields seemed to indicate there was a chance the all world defensive end might just play vs. the Tigers from LSU.

Share All sharing options for: Did Gary Patterson Open A Door For Devonte Fields To Play vs. LSU?

Here is the quote, from the FWST:

As for Fields' chances of starting against LSU if, for example, he was appealing the suspension with the school and won, Patterson was unsure.

"I don't know," he said. "I don't think so. He's doing everything he has to. He's been embarrassed quite a bit for three months. That's one of the reasons I did it, so I could change him. It's really not my call."

OK, so let's unpack this a bit:

- Previously, Gary Patterson had said that Fields would NOT play vs. LSU, and never was it said that there was a chance. From all of his statements, it made it sound like Gary had made the call not to play him.

- Reports have indicated that Fields violated the schools alcohol/substance policy, but did so in a manner that allowed for him to appeal to the University.

- Now, when asked about the subject of Fields playing, Gary says both "I don't know" and "It's really not my call." This says two things to me: #1, that Gary believes Fields may have learned his lesson and #2, Gary believes the school can make the final call in Fields ability to play and if he is allowed to play by TCU, that may just be the out Gary needs to allow Fields back on the team. 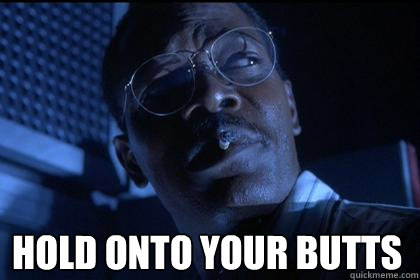