Conference play has just begun, but the Kansas Jayhawks are playing at a level above everyone right now. Oklahoma State will do their best to make it interesting, but it will be hard with the personnel losses. The Cyclones also showed their mortality last week and have lost their last two. Big 12 basketball may have more parity than football, but right now the conference is Kansas' to lose.

Kansas has won nine consecutive Big 12 titles, and at the beginning stages of conference play, it seems like they're going to make it ten. The most intriguing part of the Jayhawks, is that they've had a storyline player each month. First, it was all about Wiggins, then it was Perry Ellis, and lately it's been all about Joel Embiid. Then Wiggins goes and grabs 19 boards in Ames this week. Bottom line, this team is starting to look very scary.

The losses against Oklahoma and Kansas sucked a little air out the hype, but DeAndre Kane and the Cyclones are still one of the most exciting teams to watch in college basketball, especially when they play at home.

Marcus Smart and company seem to be just going through the motions right now. They're winning, and he's playing great, but it's certainly not where it was a month ago. Being without big man Michael Cobbins is showing and that's going to be key down the line.

Kansas took a little steam out of the Wildcats, but with freshman Marcus Foster and junior Thomas Gipson playing some dazzling basketball, this team could still sneak a title.

Oklahoma has five guys averaging over 10 points a game. The well-rounded depth plus the stellar play of Cameron Clark is going to keep the Sooners in the hunt for a tournament bid.

Baylor split their powerhouse matchups this week against TCU and Tech. The only good to come out of Baylor this week was their SID getting in a Twitter fight with Pat Forde. It was like watching two first graders fight over a pudding cup. Forde deleted the tweet, so I wasn't able to embed it.

I was impressed by how Texas played in Chapel Hill, but the more I watch North Carolina play and the more I watch Texas play, the more I think I pulled the trigger too early on this Longhorn team. It's definitely improved from last year, but that's not exactly saying much. Despite the great play of Cameron Ridley, it's looking like another season in the pit for Texas.

I wonder if Nick Saban can coach basketball? 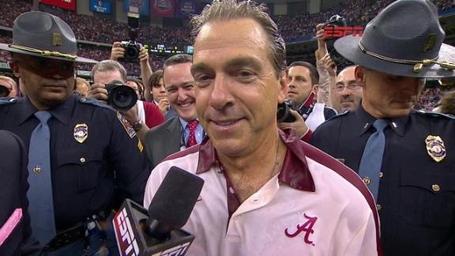 The Frogs have some very good basketball players and arguably the best non-Jayhawk frosh in Karviar Shepherd. But the injuries and being overmatched physically in the paint will be the death rattle this season. I'm pretty sure the MonStars (pre-talent theft), could out rebound the Frogs at this point. 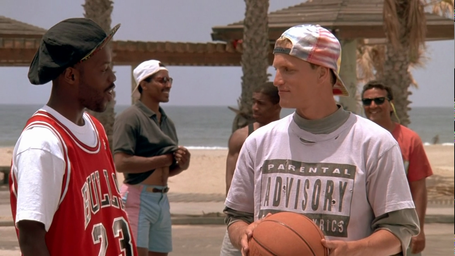 I started these before the game last night. This isn't Florida circa November 2000. There are no hanging chads. There are no recounts. Tech may have the popular vote, but I am a self-sustaining electoral college, and right now they are below the Frogs.