A look back at what you may have missed from Saturday's games.

Well, nothing really surprised me this weekend. Kansas is still the best team, Iowa State's still cold, TCU and Tech are still bottom feeders, Texas continues to be bipolar, and Baylor keeps Bayloring. Despite its parity however, the Big 12 is still the best and most exciting conference in college hoops this year. Here's what you may have missed from Saturday.

The Jayhawks gave up a large lead in the second half, but still managed to take care of Oklahoma State. Joel Embiid, who, for my money is the best player in the conference country, had 11 points and 8 blocks in the win. Despite the loss, Marcus Smart played near perfect basketball, as he accumulated 16 points, 10 rebounds, 9 assists, and 4 steals.

Texas' Jonathan Holmes and Cameron Ridley scored 23 and 16 points respectively for a big win over the Cyclones in Austin. Iowa State's DeAndre Kane, who's scored 20 or more in the last 3 games, was fairly quiet in Saturday's loss, scoring 15. The Cyclones have now lost three straight.

The Sooners overcame a sloppy first half and thanks to Buddy Hield's 19 points and 8 rebounds, were able to get the upset in Waco. 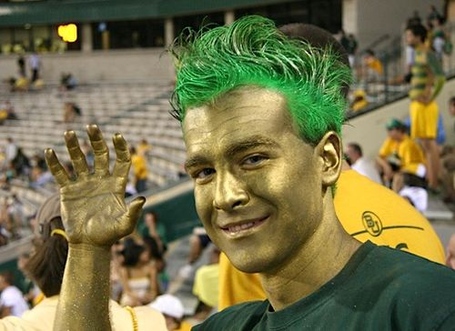 "Do you expect me to talk, Goldfinger?"

After a dominating win at home Saturday, the 4-1 Wildcats are now second in the Big 12 standings. Kansas State was led Saturday thanks to the brilliant play of Marcus Foster and Thomas Gipson.

TCU had a big run late in the first to take a lead going into to halftime, but their rebounding and shooting woes quickly caught up with them. I think we've gotten over the fact that the Frogs can't rebound, but if they're cold from the field, there's absolutely no hope for them. And by cold, I mean they went 10-49 from the field. That's Whitewalker cold. 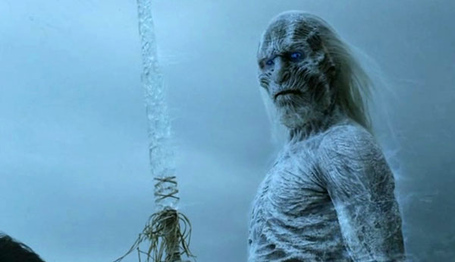