TCU faces off against Texas this evening, still looking for their first conference win, while the baseball team walked off with a 15 inning win last night.

With TCU eyeing a run at the Big 12 title this fall, the Horned Frogs hit the practice field to kick off spring football last weekend. Here are some things to keep an eye on during TCU’s spring drills.

It took almost five and a half hours, but TCU came away with a thrilling 5-4 15-inning victory over Dallas Baptist Tuesday night. The Patriots sixth error of the night allowed Kyle Bacak to score the game-winning run with two outs in the bottom of the 15th.

TCU coach Jim Schlossnagle said only a few weeks ago that a lack of timely hitting is what keeps baseball coaches up late at night.

Without a shadow of a doubt, this TCU basketball team is now Kyan Anderson’s to lead as the Horned Frogs head to Texas on Wednesday in search of their first Big 12 victory.

After the football team’s third practice of the spring on Tuesday afternoon, TCU head coach Gary Patterson spoke with the media on a variety of topics.

We also have our first tournament bracket of the season! The TCU women will start their run to the Big 12 Championship and a Tournament bid against Texas Tech this Friday. We also have a special contributor who will be covering the women's tournament for FOW, and he'll make his way here Friday for the first game. 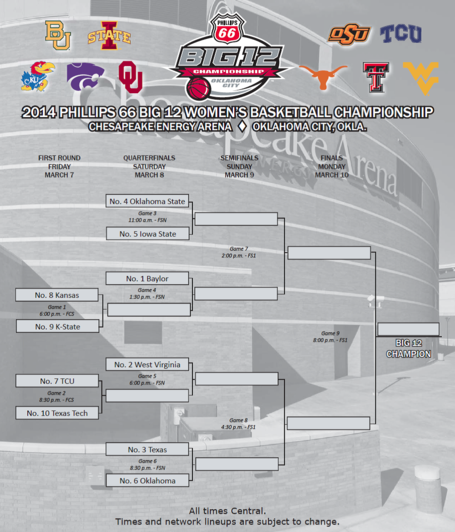