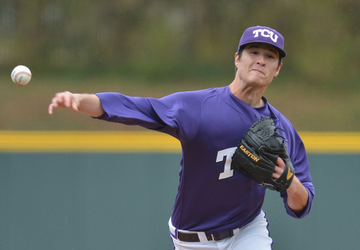 • TCU took a 4-0 win over Texas Tech in Abilene Tuesday to push its winning streak to five straight.
• TCU improved to 12-1 in the month of April and climbed up to 16th in the RPI.
• The TCU pitching staff has pitched four shutouts in the last five games, allowing just one run in 45 1/3 innings pitched.
• The Horned Frogs lead the Big 12 with 10 shutouts this season. That's the most since 1975.
• TCU posted a season-high with four sac bunts and three sac flies in the win over Texas Tech.
• Garrett Crain (Co-Player) and Riley Ferrell (Pitcher) earned Big 12 accolades on Monday.
• Boomer White has reached base safely in 14 straight games.
• Jordan Kipper hasn't allowed a run in 18 innings.
• Brandon Finnegan struck out 11 on Thursday bringing his season total to a career-high 95. He is two off the national lead of 97 from Cal Poly's Matt Imhof. 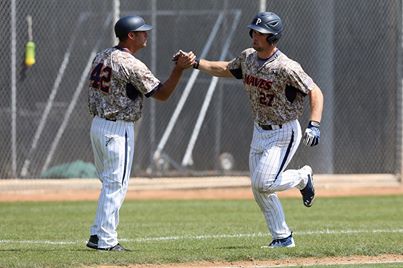 • Cal State Northridge is coming off 7-5 loss at San Diego State on Tuesday night.
• The Matadors have just four wins in their last 15 games.
• Cal State Northridge is making its second trip to Texas as it traveled to Sam Houston State for a three-game series on March 7-9.
• Offensively, CSUN is paced by Nick Blaser (.361) and Chester Pak (.305). The duo have 45 combined RBIs.
• Ryan Raslowsky leads the squad with 13 stolen bases in 20 attempts.
• On the mound, Shay Maltese has five saves in 20 appearances and is 2-1 with a 1.72 ERA.
• The pitching staff has compiled a 3.88 ERA and has recorded three shutouts.
• Defensively, the group boasts a .974 fielding percentage and has turned 28 double plays. 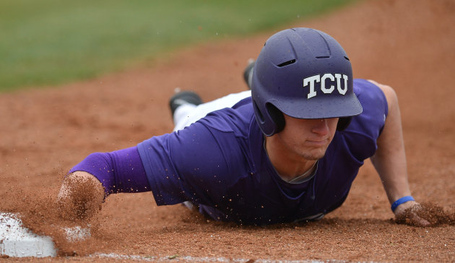 • TCU and Cal State Northridge are meeting on the diamond for the first time in series history.
• The Matadors are one of four new teams the Horned Frogs will play this season.
• TCU is 5-2 against teams they are facing for the first time in school history this season.
• TCU took a 10-3 victory over Northern Colorado in its first meeting against a new team this season.
• Michigan State earned a 2-1 series victory over TCU in March.
• The Frogs swept Dartmouth in a weekend series.

STINGY ON THE MOUND 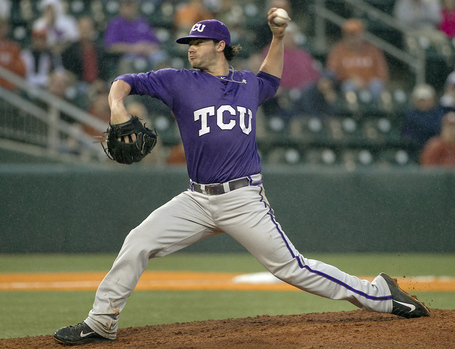 Twenty-six times this season, the Frogs have allowed two or fewer runs. TCU has recorded 10 shutouts, the most under head coach Jim Schlossnagle. Eleven times, the pitching staff has held an opponent to just one run.

The 10 shutouts rank fifth in the nation and is second all-time at TCU. The record for shutouts in a season is 11 set in 1972.

In the last five games, the Horned Frogs have allowed just one run in 45 innings pitched. Included in that stretch were three consecutive games and a stretch of 27 2/3 innings without allowing a run to cross the plate.

RETURNING WITH A VENGEANCE 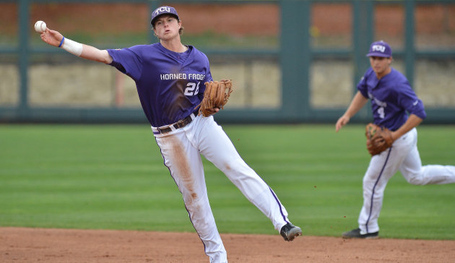 Since returning to the field on April 4 against West Virginia, Crain has been a key cog in the Horned Frog lineup. He is hitting .350 (14-for-40) with six runs scored, two doubles, a triple and six RBIs. He has hit safely in nine of 12 games and reached base safely in 10.

Defensively, he has been a steady force in the field. He has just one error on the season in 119 chances between first and second base.

In the March 15 game against Dartmouth, Garrett Crain suffered his second injury of the season. He missed five games completely and saw time off the bench in five others. TCU is 11-1 in the 11 games since his return. 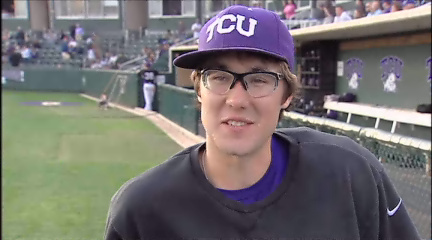 The Horned Frogs are no strangers to heating up at the right time as they boast a 144-46 record in the month of April under the guidance of head coach Jim Schlossnagle.

TCU is hitting .302 as a team and averaging 5.2 runs per game. On the mound, the staff has posted a 1.47 ERA and limited opponents to a .193 batting average. Defensively, the group is fielding at a .984 clip and has surrendered just one unearned run.

Since the calendar flipped to April, the Horned Frogs have been on a tear to the tune of a 12-1 record. Included in that total is an 8-1 record in conference play. The Frogs have climbed all the way up to second in the Big 12 standings. 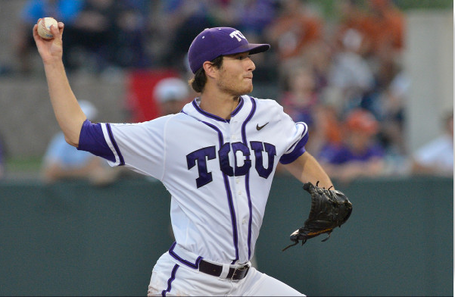 In each of his last six appearances, he has tallied a save. He's allowed just four base runners total in those six appearances and has 14 strikeouts in 7 1/3 innings pitched.

The nine saves are tied for the most since Andrew Cashner (2008) and Eric Marshall (2009) tallied nine. The last Horned Frog to record double-digits in saves was Sam Demel in 2007 when he saved a school-record 13 games.

Riley Ferrell played an integral part of TCU's road sweep of fourth-ranked Texas this past weekend, tallying a save in each game. He has nine this season. 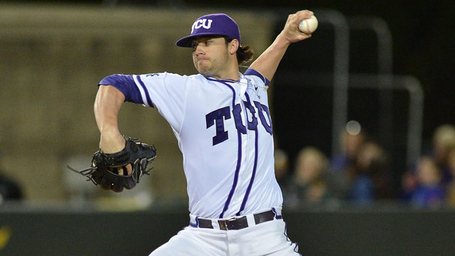 On the season, TCU has used six starting pitchers and collectively they have a 2.36 ERA.

In 31 of 40 games, the starting pitcher has lasted at least five innings. 23 of the 40 starts have been of the quality variety, while eight have gone eight or more innings.

TCU has gotten strong starting pitching the entire season. On the weekends, the Frogs have used four pitchers. Combined they boast a 2.07 ERA in 187 innings pitched. 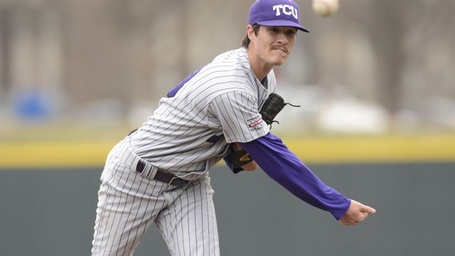 For his career, Morrison has started 36 games. TCU is 23-13 in games he starts. He boasts 27 career quality starts (6 or more innings). He has gone at least seven innings 23 times and eight innings 15 times. As a starter, he has a career ERA of 1.92.

On March 22, Preston Morrison had his shortest stint as a starter, allowing four runs in two innings. In the four starts since, Morrison has been nothing short of dominating.The junior has posted a 0.60 ERA, allowing just two runs in 30 innings pitched. Additionally, he has fanned 24 (seven in each of his last three starts) and walked just four. 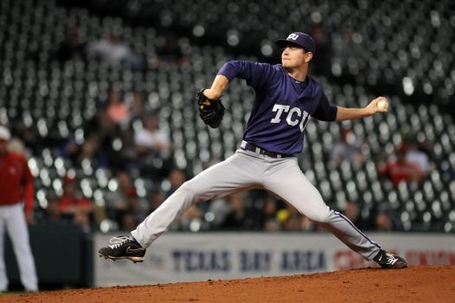