TCU looks primed to win. But Sam Houston and Dallas Baptist are looking to change that.

After a rocky start, TCU turned their season around with an iron fist and earned its first National seed. The No. 7 Horned Frogs will open up Friday against Siena at 7:30. The Big 12 Tournament champs are hotter than any other team in the nation, and if they keep playing like they have over their last 30 games, a trip to Nebraska is looking pretty good. On paper, the regional heavily favors TCU, but Dallas Baptist, Sam Houston State, and even Siena aren’t going down without a fight. 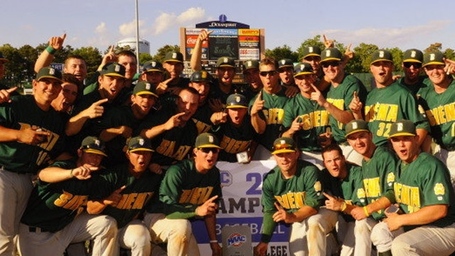 Because this question will come up a lot, Siena is from Loudonville, New York---about three hours from New York City. After starting the season 0-16, the Saints won the MAAC Championship over the weekend and have now won 8 of the their last 10 games, highlighted by beating a very good, top-seeded Canisius team twice to advance to their first NCAA Regional since 1999. TCU and the other teams in the regional may have lucked-out not having to play Canisius; who ranked in the top-5 nationally in Batting Average, Triples Per Game, and On Base Percentage.

The biggest weakness for Siena will be the pitching. Two of Siena’s big three have ERAs over 5.00, and the one that doesn’t, Matt Gage, is sitting on 4.81. The bright spot is still Gage, who despite a 4-7 record and a Barry Zito-ERA, does have a respectable 85 strikeouts on the season. Regardless, if TCU jumps out early in the first game---it could be a pretty quick ball game.

Siena has a great story and it will be cool to have a team from so far away come down and play a bunch of Texas teams. For a team that wasn’t expected to make a Regional, playing in this tournament will give them some good experience---especially if they sneak out a win. 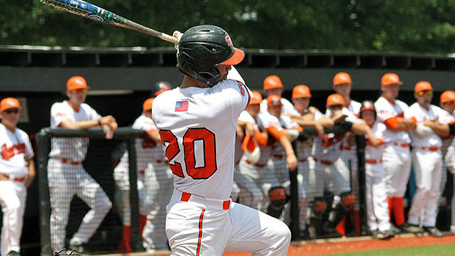 Despite being the top-seed, the Bearkats were upset by Northwestern State in their conference tournament over the weekend. But make no mistake---the Kats are the Petyr Baelish of the tournament, lurking in the shadows and waiting to make their move---and I’m sure they’d love to throw TCU through the moon door.

Lest we forget that Sam Houston beat TCU in late February. The Kats, who are 39th in RPI, had a very strong showing that same tournament; beating Texas Tech, TCU and Rice. They also won two of their three games against DBU this season by a combined score of 17-8. They have three really great hitters in Anthony Azar, Ryan O’Hearn and Colt Atwood. But it’s the Starting Three consisting of Jason Simms, Sam Odom, Tyler Eppler, and a deep bullpen, that will keep the Kats alive in this regional. 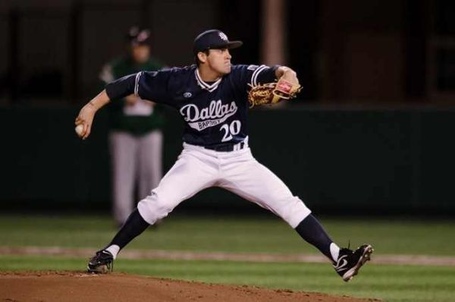 Ahh---these guys again. DBU comes in with a strong RPI of 27, and are looking to recreate the 2011 regional upset. Not to jump the gun, but the narrative of TCU in 2011 and the narrative of TCU in 2014 are apples and oranges. Like oranges alluded death in The Godfather, DBU was poison for TCU’s follow-up to their 2010 Omaha campaign. TCU won’t repeat their 2011 blunder this weekend. TCU’s played DBU twice this year---and won both games.

I don’t want to take anything from DBU. The Frogs and Patriots have developed a nice quasi-rivalry over the past few years, and they’re (DBU) going to come into this tournament with a lot of confidence and poise. They’ll be ready to play. 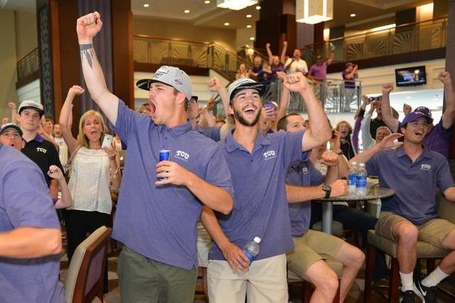 After the best second half in college baseball, the Horned Frogs earned---a very deserving---National seed. The seventh-ranked Frogs bring the Nation’s deepest and deadliest pitching staff to the Fort Worth Regional. But it’s not just the pitching; everything is firing on all cylinders for TCU. The brilliant defense of catcher Kyle Bacack and shortstop Keaton Jones, the clutching hitting of Garrett Crain and Jerrick Suiter, and Dylan Fitzgerald killing it on the basepath, has given TCU a deadly balance. While the numbers may suggest otherwise, I wouldn’t go as far to call TCU’s offense top-heavy. TCU’s offense should be treated like a sleeping rattlesnake; tread lightly because the deadliest bites come from the ones you don’t see coming. The Horned Frogs have benefited from the consistency of Crain, White, and Fitzgerald, but everyone in the starting nine have stepped up at one time or another.

Another point of strength is resiliency. Through their near-perfect second half, TCU never let a slip up in the middle effect the long-term trajectory. The Frogs could’ve easily buried themselves after the opening loss in Waco, but their short-term memory allowed them to come back and win the series; and thus positioning themselves for a number-two seed in the Big 12 tournament.

For a team that’s 27 of their last 30, it’s going to take a lot to beat the Horned Frogs. Sam Houston State and Dallas Baptist are both really solid ball clubs, but they’re both on-par, if not slightly inferior to a team like West Virginia. The Frogs haven’t shown any sign of letting their guard since their surge began in late March---but having a favorable draw and path to Omaha could result in getting too ahead of themselves. It’s going to come down to depth, and TCU’s pitching is just too strong and too deep for the other teams in the tournament. Right now, the path to Omaha looks good for TCU.