About Last Night: TCU loses to UVa, TCU baseball is a flat circle

TCU loses to Virginia after duking it out in a 15-inning College World Series boxing match...

Share All sharing options for: About Last Night: TCU loses to UVa, TCU baseball is a flat circle

Welcome to Carcosa. Welcome to TCU baseball, which lies somewhere in between twilight and reality. The night owls, comeback kids---whatever you want to call them---just couldn't pull it off last night and it shouldn't be any surprise as to why. Even with brilliant outings from Finnegan, Ferrell, and Teakell, the Horned Frogs couldn't get anything going on offense.

Cody Jones got things off to a promising start with a lead-off double. But it proved futile and UVa was able to get out of the jam without any damage. The Hoos got things going early themselves and were able to capitalize and get a run off their own lead-off double. Thankfully, Finnegan was able to alleviate any further damage and TCU got out of the inning with a smooth double play.

Check out the other side of the coin

Check out the other side of the coin

After Virginia took the 1-0 lead, TCU bit right back in the bottom of the 2nd. Suiter and Crain both put up singles which allowed Dylan Fitzgerald to poke in a hit to score Crain for the equalizer. But Waddell responded well, striking out Bacak, but a big error error from Daniel Pinero allowed Suiter to score and put TCU in front 2-1. Credit Fitz's at bat this inning---because in addition to his single---he kept Waddell working and by the end of the 2nd, Waddell's pitch count reached 40.

UVa responded in the 5th. After a lead-off double, a sac-bunt and a fielder's choice hit by Mike Papi, the Hoos tied it up at 2. UVa knocked on the door in the bottom of the 8th after a big double from Downes. Finnegan nearly got out of the jam without any drama, but a rare overthrow from Keaton Jones created quite the conundrum at home. Thankfully, some nice glove work from Kevin Cron kept the run from scoring and the Horned Frogs got out of the inning sans any damage.

Then it came down to Ferrell versus Howard, the Nation's two best closers. The two were trading and dealing like they were pirates from Braavos---but not without a little help from their friends. In the bottom of the 10th, Cody Jones--- diving through the air as if he were Robin Van Persie against Spain---made a potentially game saving, and SportsCenter Top-10 diving catch.

The game became another marathon. A Rust Cohle dream mixed with an all too familiar, unsettling Deja-vu. But Trey Teakell lived up to the challenge---throwback cleats and all. After Cody Jones got things going in the top of the 14th, Will Fox was brought in to pinch hit for Suiter. Err---pinch "bunt". And just like it didn't work against SHSU, it didn't work here either. Thankfully, Teak stayed on the money, striking out the side in the bottom of the inning to keep TCU alive.

I honestly don't even remember Finnegan pitching. But he did. And did quite well. Despite leading off the game with an early run, a rarity for him, Finnegan found his groove in the bottom of the 2nd. Finnegan continued to work through the 4th, collecting two big strikeouts while getting out of a huge jam. Finnegan once again picked up steam in the 6th and 7th, both of which he sat the Hoos down in order. By the 7th, he was still hitting the mid 90s and had a key lead-off strikeout.

The game ended with some poetic justice from Pinero. After booting the ball early that allowed TCU to take the 2-1 lead, the shortstop got the game winning sac-fly.Three great performances by Finnegan, Ferrell, and Teakell were now futile. TCU is a very congenial team, but you have to wonder if it ever gets a little heated in the locker room post-game, because one side is doing all of the work.

A few other side notes. Kevin Cron is playing absolute superb baseball right now. The stats may not show it, but in addition to nearly driving two or three out of the park last night, Cron's Grade-A defense kept us in the game several times---including the most epic CRON SMASH picture of all time. Fitzy, I love you---but please quit getting so antsy, both in right field and on the basebath. Two times now in the tournament, Suiter has been substituted in extras for an inferior hitter. Last night, it was Will Fox, who flied out on a bunt which would've gotten a key advancement. Regardless of whether or not I agree with the call to take Suiter out, if you're going to be subbed in...get your bunts down. This game was nearly the longest CWS game ever, 3 games have now reached 15, but none have ever reached 16 innings.

Regardless of TCU's offense, or lack-thereof, it's pretty evident these are the best teams in this thing. It also raised a lot of questions about the TD Ameritrade the ballpark, its wind, and to a lesser extent... the BBCOR bats. The Hoos figured out quite quick that the best way to win at this place is to just drive balls up the middle.

Thankfully, this isn't the first time TCU's back has been up against the wall. If the Horned Frogs escape Ole Miss, it's going to start echoing the 2010 CWS in which TCU, after battling back to beat FSU, forced a second game against UCLA to come one game from the finals, only to lose to Trevor Bauer.

"TCU baseball may be a flat circle, but it's not too late to change its destiny" 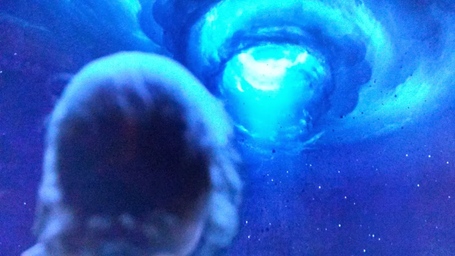