Who’s TCU’s biggest rival? It seems like an easy question. Every school has at least one, but more often-than-not, two or three, and sometimes upwards of four or five big rivals. It just depends on how big and storied your program is. Florida has Florida State, LSU, Miami, Alabama, Tennessee, and Georgia. But if you look at TCU, the biggest rival kind of depends on who you ask. If you polled 10 people, you might get three or four different answers. TCU’s path back to the Big 12 and being stuck in a conference in-limbo for nearly 20 years, made having true rivals difficult.

Warning: We’re talking rivalries here, so I’m going to be as nice as possible. And if you’re reading this as a non-TCU fan, take it with a grain of salt, because we’d probably be friends…maybe 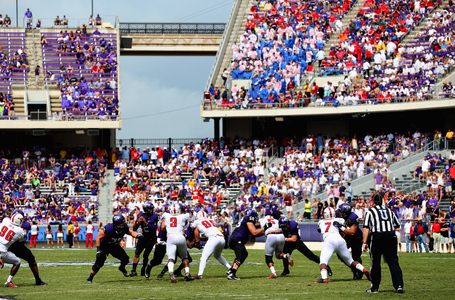 This may seem like the obvious choice. It’s certainly the most storied of the bunch. TCU’s played SMU 93 times and has a six game series lead. I don’t like SMU, but not having any friends—literally zero—that attended SMU, it’s not as much fun…because who are you going to gloat to? SMU fans still talk about that win in 2011, a win that seemed like a scrimmage for the most part. Both teams sleepwalked through the game, and credit to June Jones and his Tommy Bahama wardrobe for pulling that off. But in the last ten years, there have been more World Cups than SMU football wins over TCU. Rivalries need balance.

I don’t know how I feel about this rivalry honestly. The SMU rivalry, which lasts about a week (we get it Dallas, you have a team), is like the Breaking Bad episode, "Fly". TCU’s exile into the various mundane conferences seemed as terminal as Walt’s cancer. But TCU slowly made something of themselves and built a nice little Heisenberg Empire of their own. Ok, anyway. Back to "Fly", it’s one of the most polarizing episodes of the series, but it’s one of my favorites. The whole episode involves Walt, a kingpin by that point, being tormented by a pesky fly in his meth lab. That’s what SMU-Rivalry feels like to me—a brief, painfully claustrophobic mismatch. At the end of the day, WW comes out on top, but the fly still exasperatingly lingers to the light. 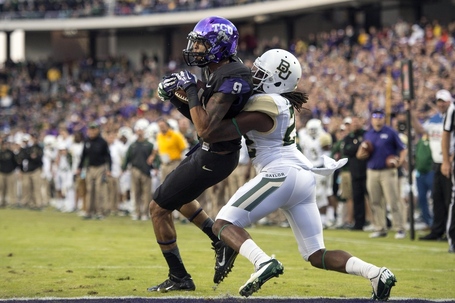 If we were taking a poll—which (gasp) we will—this will probably be number one, as it probably should. Baylor in a lot of ways is TCU’s A&M to Baylor’s Texas. Baylor adopts the same "ring by spring" mentality, a Governor went there, the school can come off as cult-like, its politics are fairly similar to A&M, yada yada yada (Remember these are just opinions and opinions that are being a little vinegary for the greater good)

The rivalry has got especially heated over the last few years—even before TCU joined the Big 12—and has produced some pretty entertaining games in the process (Two thumpings by TCU and two narrow victories from Baylor). While it’s sometimes done in more polite ways, I’ve never heard a TCU fan, regardless of age, say a "nice" thing about Baylor. Crucifying kids for smoking pot is lame in the first place—at least from a moral standpoint—but Baylor doesn’t let us forget it. TCU fans seem more passive towards their enemies’ wrongdoings and self-accepting of their own. Baylor might sweep Josh Gordon falling asleep in the Taco Bell drive-thru under the rug, but TCU fans are shouting back "It happens, Josh. But let a sober friend drive next time. Or try the Dominos app." 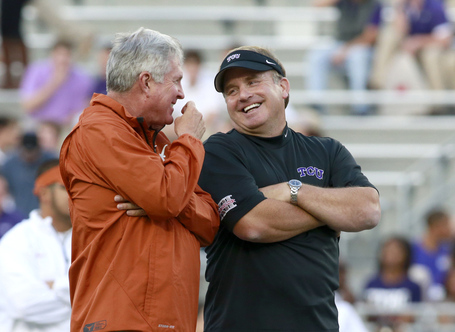 I grew up in Austin and flocked to Fort Worth for college. I don’t sports-loathe Texas like I sports sports-loathe Baylor. But I want to beat Texas more than I want to beat Baylor. Does that make sense? Ok, good. At the end of the day, I see Texas as our biggest ally in the Big 12. After all—they played a pretty big role in getting us here...

Assuming the Texas/Texas A&M game never plays out again—Either Tech or TCU will cut a deal with Texas to play a home and home with them every year on Thanksgiving. Ok, this more of a pipe dream for now, and while TCU/Tech both have strong ties to Texas, in the end it will probably go to TCU—if anything, based on travel. With more and more youngsters breaking the trend of their Longhorn genealogy, and the friendly-ish nature of the rivalry, a Texas vs. TCU Thanksgiving every year could become something quite special. 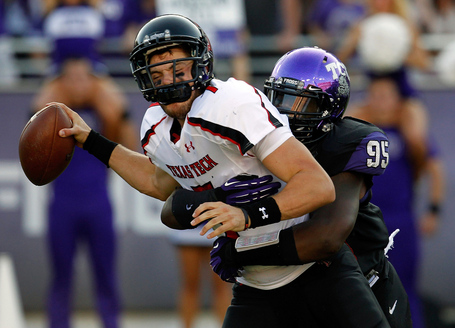 Tech’s an intriguing rival; mostly because they’re in a state of in-limbo with their rivalries not dissimilar to us. But if all else fails, at the end of the day we at least have Baylor and (sigh)—SMU. I couldn’t even make a case for Tech’s biggest rivalry.

Both on and off the field, Tech and TCU are yin and yang; Tech’s all offense, TCU’s all defense. To Tech’s credit, they pull off the bully mentality well. I don’t think they try to hide it. They even wear black like a villain. They’re pretty much Mance Rayder, or Raider (ha, get it?) and the Wildings all the way out there in Lubbock, so regional rivalries are a little harder. If I went undercover, and who knows I might, as a Tech student and polled students on campus, I’d guess that TCU and Texas would be the schools that the Red Raiders hate the most. I’d also guess that TCU would win that poll by a hair. I get why Tech hates TCU. They’re Buzz to TCU’s smaller, wiseass, Kevin McAllister—who like the Horned Frogs, can build up quite the defense.

In the post-Tubbs era, Kliff Kingsbury is the perfect person to re-invent Tech. He’s cocky in the right way, loves offense, and he could literally be their coach for the next 40 years. Tech is like a desert iceberg. We’ve only seen about 30% of what they’re capable of and their best years are ahead of them. Despite their (potential) future successes, they’re easy to loathe and they’re not trying to make friends with anyone. 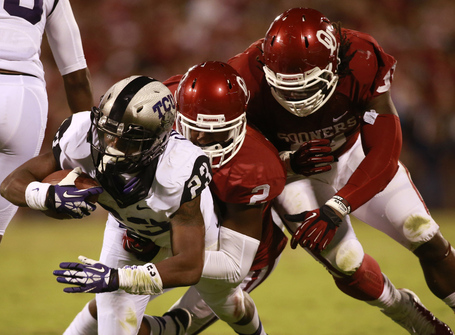 This is the wild card of the bunch and the least likely to become a rivalry. But if you grew up in DFW, you probably know more Sooners than I do being from Austin.There’s not a whole lot of history here except for the upset back in 2005. But if there were a bigger case for this, I’d love to hear it. Plus it’d be fun to have one big, out-of-state rivalry.

Just about all of these are worthy candidates for our rival and they’re all certainly worthy of being considered rivals. Given the newish home of the Big 12, the history, and the perfect proximity, I’d say that Baylor is our biggest rival.