We continue our "Best of the Best" series with the greatest running backs in TCU's history. There are few pretty decent names...

Share All sharing options for: TCU's Best of the Best: Running Backs

Thank the heavens...college football is almost here. Right now, we're all like a little kid on a car trip asking "are we there yet?". To help ease the pain and stir up conversation, we continue our "Best of the Best". Today, we do running backs...something TCU's never been short of. So picking only five was a little hard. But here they are anyway... 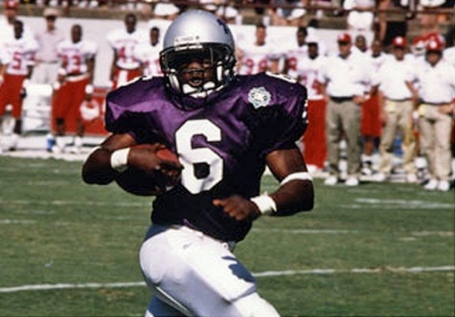 In one of the last years of the SWC, when TCU was Co-Champs in 1994 (along with four other schools), Davis racked up over 2,000 yards in total offense. Davis also got into a little trouble in 1995--accepting "improper benefits" through an agent via his roommate--for which he was suspended four games. 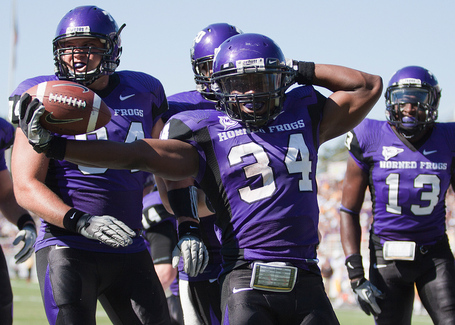 This will be my first time to cheat. But the grittiness of the three-headed monster played a huge role in TCU’s undefeated 2010 campaign. The one where, you know, we won this little game. Andy Dalton had a terrific senior year, but TCU’s three-deep ground arsenal--which ranked 7th in the Nation with 270 yds. per game--gave the offense a deadly, perfect balance. 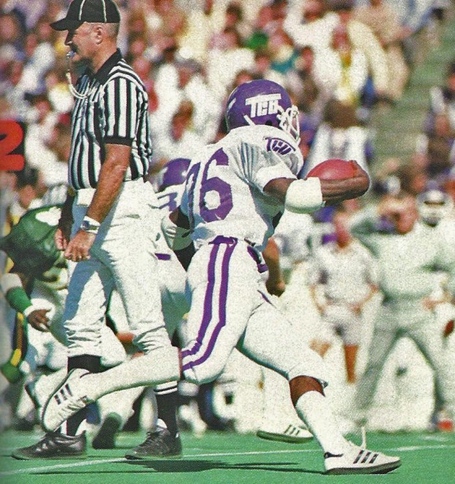 Certainly the best one-two punch TCU’s ever had. Jeffery and Davis dominated the 1980s like bad hair, coups, and wayfarers. Of the two, who were actually roommates at one point, Davis was the superior back. His junior year, Davis rushed for 1,611--which remained the record until LT--16 touchdowns, and finished 5th in the Heisman voting. 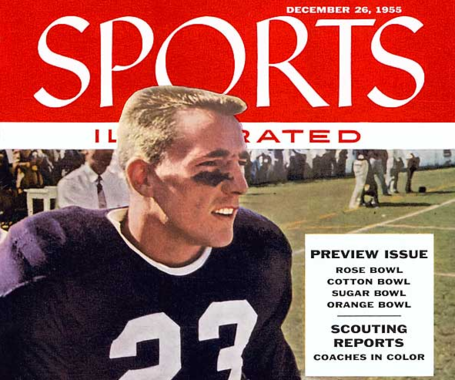 In addition to looking like Captain America, Jim Swink was the greatest running back in TCU’s history until a kid from Waco usurped the throne. A two-time All-American for the Horned Frogs in the 1950s, Swink was elected to the College Football Hall of Fame in 1980. He led TCU to two consecutive SWC Conference Championships. But Swink’s career highlight came against Texas in 1955. In TCU’s 47-20 route of the Longhorns, Swink rushed for 235 yards. I know a handful of old Texas players who played against Swain and said that he "ran it down their f’ing throats".

Swink was not only great on the field, but he was also a wiz in the classroom and was twice recognized as an Academic All-American. Despite being drafted in the second round by the Bears in 1957, Swink opted to go to medical school instead. "The Doctor" was not his actual nickname. I’m just retroactively giving it to him. 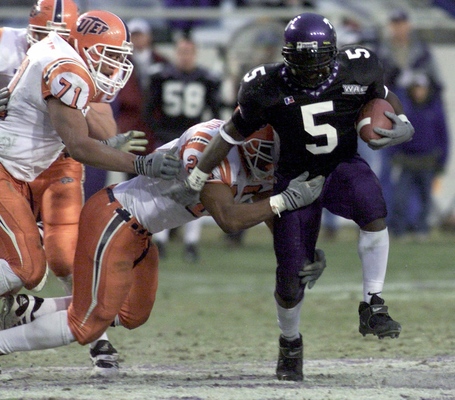 Once he no longer had to split time with Basil Mitchell, Tomlinson quickly proved himself to be one of the top running backs in college football. Tomlinson finished the 1999 season with a NCAA-leading 1,850 rushing yards and 18 touchdowns. But what put LT in the spotlight were the 406 rushing yards--an NCAA record to this day--he racked up against UTEP. His last year at TCU, Tomlinson once again led the NCAA in rushing, racking up 2,158 rushing yards to go along with 22 touchdowns. LT was awarded the Doak Walker that year and was also a Heisman finalist, but finished fourth. Despite splitting time his freshman and sophomore years, Tomlinson’s 5,263 career rushing-yards are still good enough for sixth most in NCAA history.

LT was cosmopolitan back. He was an impenetrable force at the goaline, yet he could break free to gazelle proportions in the open field. To say LT was just a great running back is understated. To say he’s one of the greatest modern athletes of our time--much less the greatest football player TCU has ever had, or ever will have--is more like it.