We posed this question on Twitter last night and got quite a few responses, so we thought we'd open it up to the community to see what you're thinking.

Share All sharing options for: The Great Debate 1.0: How Many Wins Will TCU Have in 2014?

Frog Poll: How many wins does TCU get this season?

It led to our mentions being inundated with responses from TCU fans and trolls alike shouting numbers at us. But it also got me thinking. I've thrown a few different win totals around and have been able to justify almost all of them.

5 or Fewer Wins: Grab your bug out packs and head for the bunker

Obviously this is nightmare scenario for all of us, but it could happen. Think of it this way. The TCU defense, in all its glory, could only help the team muster four wins in 2013. Sure, that was with an abysmal offense void of any direction or identity, but what's to say this new offense will actually be any different? We haven't actually seen anything from them yet, there are major questions at wide receiver, offensive line, and quarterback. Sure, we've heard great things coming out of camp, but don't we always?

What kind of shape will Tayo be in, after not playing in 2013? And he can come right in and start at left tackle? Has Joey Hunt gotten rid of his shotgun snapping yips? Will this line be able to open up room for the running backs?

6-7 Wins: WE MADE A BOWL THAT NONE OF US WILL TRAVEL TO

The defense is elite enough to keep us in games, we witnessed it time and time again last year. With a refreshed offense, we could easily see two or three of those games turn from losses into wins, simply by providing Jaden Oberkrom more opportunities to show off his leg. If the rumors are even slightly true that this quarterback battle is because both guys are showing out, then we have reason to hope that by the end of the season the offense will be full steam ahead.

That doesn't mean there won't be growing pains though, as it always takes a few games to work out all of the kinks. All we need to see for 6-7 wins is a decent offensive line that can protect the quarterback for longer than two seconds and open a few holes for the backs.

TCU's elite defense, plus a totally revamped offense that hits the ground running. A few injuries may keep the Frogs from going undefeated but overall TCU fans remember what watching a dominant team is like, and Amon G. fills to the brim to watch the Frogs crush Texas Tech at home. Large crowds flock to the airport, because the Frogs are headed to the Alamo Bowl against Stanford.

Boykin proves that he's a true dual-threat quarterback and the Trust members look sideways at each other with eyebrows raised. The running game is dominant, and the defense....ohhhhhh the defense.

TCU fans start on a dead sprint to Los Angeles because the last memories were oh so sweet, and this time, a win means something even better.

A shot for this. 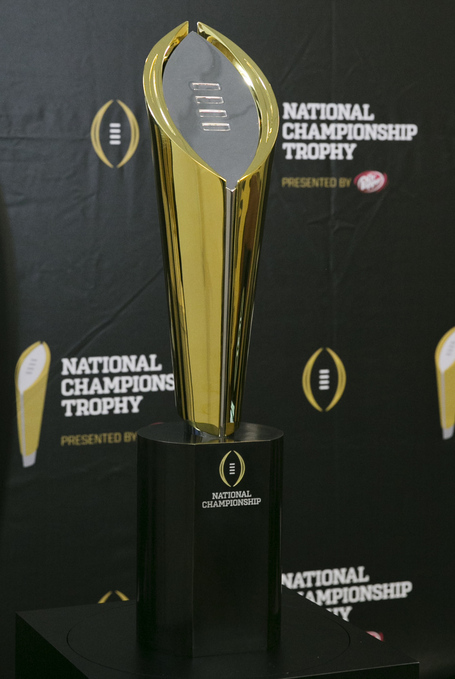