John Daly does make an appearance. Make your guesses now.

The PGA Championship, one of golf’s four majors, begins this Thursday at Bethpage Black Golf Course in Farmingdale, New York. For most of America, this is one of the four weeks to halfway pay attention to professional golf, even if the PGA is by far the most lackluster of the majors.

But golf sickos — like me — are fired up for the PGA, and there’s no better time for offseason golf-football crossover content like the present. Something has to fill these pages and take everyone’s mind off TCU baseball losing to Lamar last night, after all.

So with that in mind, here’s the PGA golfer equivalent for every Big 12 football team, going in alphabetical order. Tiger Woods, Jordan Spieth and Dustin Johnson do not make appearances, but I’m writing their names in this sentence for Search Engine Optimization purposes. That’s a little tactic I picked up on the streets.

Keep in mind — we’re basing this strictly off the program’s football team. My apologies in advance to Kansas.

With this school and this player, it comes down to one word — tempo. But while Baylor perfected the ultra-fast tempo under Art Briles, J.B. Holmes might be the slowest player on tour, which he uses to his advantage.

Both of them are also reportedly among the least-liked entities in their sport. I’m not linking to a piece to back that up for Baylor, because, well, you know, just let me have this one.

Other option: Jimmy Walker, who went to Baylor and also hasn’t done anything on the course since 2016 (not his fault, mind you, he’s had health issues).

Iowa State and the English golfer are here for one reason and one reason only: to screw somebody’s season up. Think Oklahoma State in 2011, when the Cyclones upset the Cowboys in double-overtime to keep OSU out of the national title game, or the Masters in 2016, when Willett took advantage of Jordan Spieth’s meltdown on the 12th hole.

Also, they come from foreign lands. I don’t consider Iowa a real place, and neither should you.

Other option: Jon Rahm, because both of them like to party. No word on whether Jon likes Taco Bell like the Cyclones do, though.

Playing Kansas in football is a lot like playing Ian Poulter in golf: all you’re thinking the entire time is “Christ, I don’t want to lose to this asshole.”

Other option: Every club professional in the field this week, because none of them have a chance to win.

Both feature really old men. That’s the bulk of the joke, here, even if Bill Snyder did retire. Neither have actually ever won a big one, either, although Stricker did win a Champions Tour Major last week. (For those that don’t know what the Champions Tour is, it’s a blatant cash grab for washed-up golfers over the age of 50.)

Other option: Robert Streb, who went to Kansas State, wears an inordinate amount of purple, and inexplicably still chooses to live in Manhattan. I didn’t pick Streb because — as I found out midway through writing this piece — he’s actually not in the field this week.

The undisputed big dogs. Alphas at their top of the game. Koepka is a two-time defending U.S. Open Champion and the defending PGA Champion; Oklahoma has had its way with the Big 12 for the last decade-plus. And both never quite seem to get the respect they so desperately crave from the national media, whether it’s the the narrative against high-scoring Big 12 style or the lack of questions for Koepka at press conferences.

Other option: Adam Scott, because both play a beautiful style but have trouble actually winning the big ones (majors/Playoff games).

Both are ornery as hell, miserable to play against in head-to-head competition, and are often overshadowed by their rivals. And I know what you’re thinking — shouldn’t Okie State be Rickie Fowler? See below. 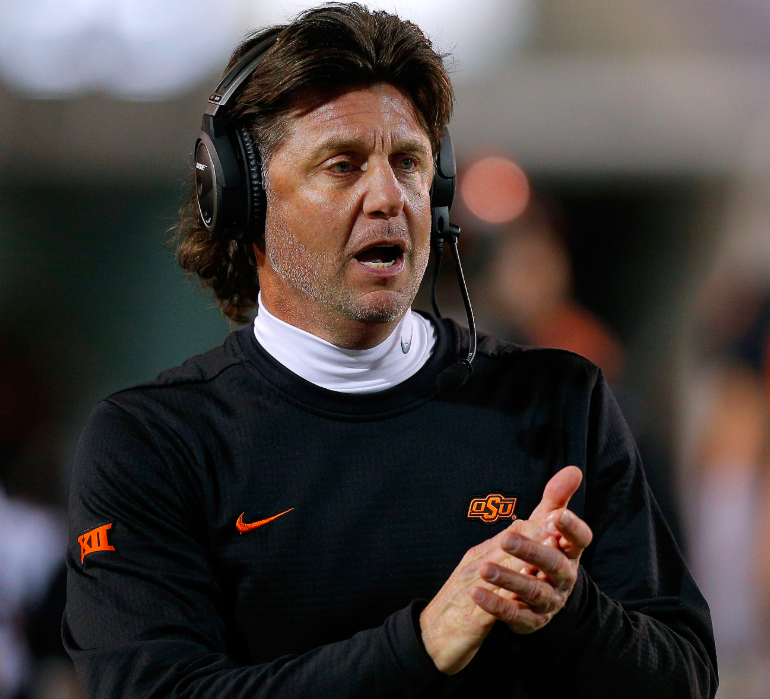 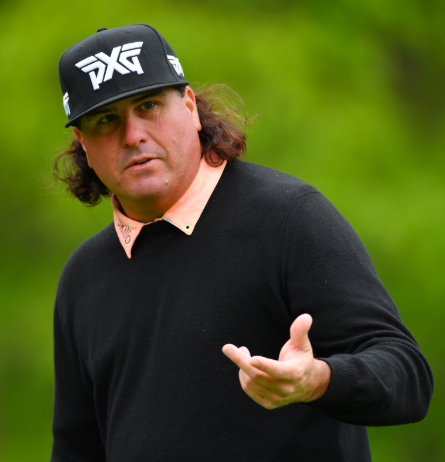 These are the same people and you cannot convince me otherwise. (Images via Getty Images).

Both are relatively new to the tour/conference. Both do one thing exceedingly well (defense/driving the ball a mile). Both only have one important win (2014 Big 12, Finau’s lone PGA Tour win in Puerto Rico). And both keep looking like they’re about to break through at any moment, but have hit setbacks.

Other option: Thomas Pieters, because I won’t shut up about my love for either one of them.

Both wear orange. Both have massive followings across the country. Both are perennially picked to finish high and win the big one. And since 2009 — the last year Texas was nationally relevant, and the first year Rickie played on Tour — neither one has lived up to those high expectations at all. Also Rickie once halved a match with Edoardo Molinari in the Ryder Cup, which, if not like losing to Kansas, is at least like losing to Maryland.

Other option: Kiradech Aphibarnrat, because if there’s any PGA Tour player who would get a grill like Tom Herman, it’s the man they call the Thai John Daly. Speaking of....

Nothing says Lubbock like chain smoking Marlboros outside a Hooters.

Other option: Gary Woodland, because both are also surprisingly good at basketball.

Unapologetic red-asses that I can’t help but love. Can make noise and win some surprising games, but have fatal flaws (no defense/no distance off the tee) that often fail them.

Other option: Daniel Berger, noted lover of fishing. I get the sense everyone in West Virginia enjoys fishing too, but instead of fishing off a 30-foot boat like Berger, they’re using Mountain Dew cans as bait in a stream.